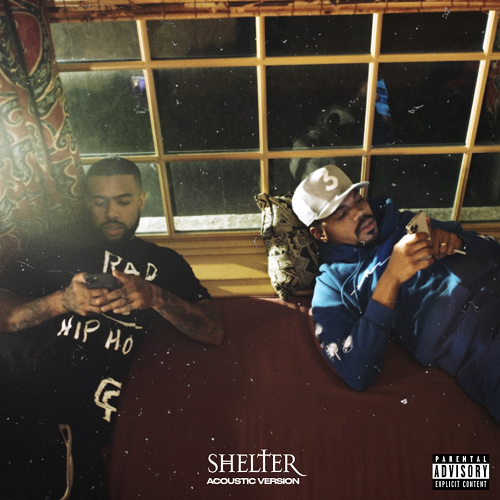 Chicago rapper and activist Vic Mensa and Chance The Rapper have returned with a bespoke acoustic version of the acclaimed single “Shelter” from Vic’s recently released I Tape. The stripped back rendition comes paired with a video that marks Chance the Rapper’s directorial debut as he uses warm hues and grayscale to reflect the song’s intimate keyboard and string-based arrangement. Speaking on the song, Mensa states, “by stripping the song to its most bare form we were really able to bring out a new depth of beauty and meaning, in a time when we as a people are searching for it. Chance’s directorial focus on simplicity shows strength in showing the world just as it is.“

“Shelter” challenges the American system responsible for a history of overcriminalization, racial injustice, and issues that affect the lives of people in underserved communities. The original version, which featured Wyclef Jean in addition to Chance The Rapper, is on Mensa’s latest project I Tape, which arrived last month on Roc Nation and garnered quick praise from The NY Times, Rolling Stone, Okayplayer, Uproxx, Complex, and more.