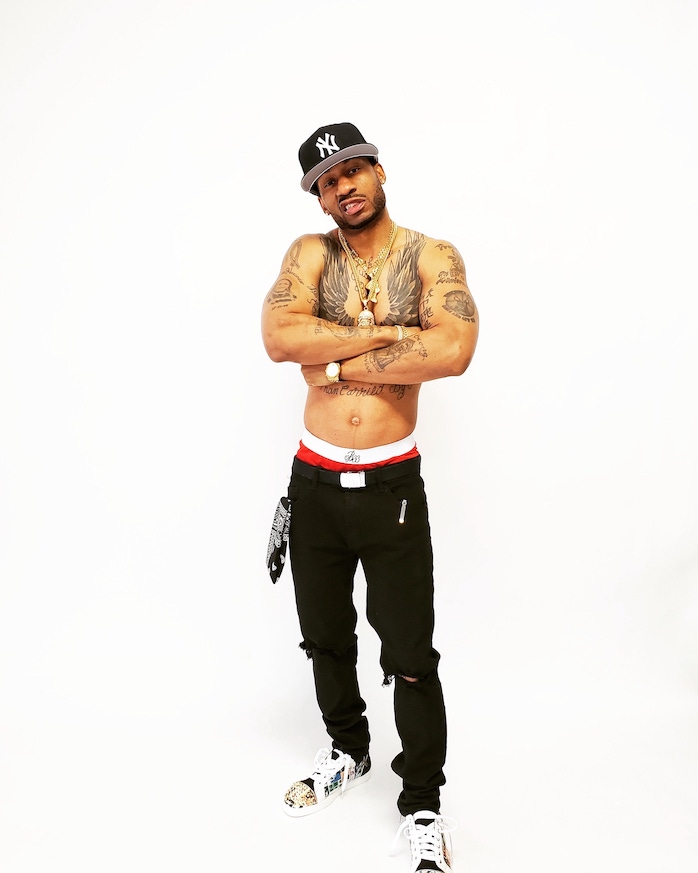 Peace La Lo East, so can you tell us how being from Buffalo, NY inspired you to build a career in Hip Hop?

Being from Buffalo always inspired me to build a music career in general for the simple fact my city never gets any recognition. It’s a lot of hidden talent in Buffalo being that it’s a small city it get overlooked in everything.

What was your earliest inspiration to start taking Hip Hop seriously as a career? What were some of your earliest memories in hip hop?  Maybe as a kid, you saw something and told yourself, “I want to do that”?….
The early 80s and 90s rap era inspired me as a whole to do rap. However my moms inspired me to be an artist because she would always play us music as kids a lot.
Do you find most of your fanbase familiar with you from your old projects, or do you feel that you’ve been discovered in recent years more so on the merit of your new music. Please detail.
I think my fan base I have now are familiar with me because of my recent material I’ve been dropping. I been rapping for a long time I did take a long break from it and had to reinvent my whole approach on it this time around.
Being from Buffalo, it seems like the Griselda boys put that city on the map!!  But there has to be more artists who came out of Buffalo prior to those dudes right?  If so, please give us a few names.
Griselda has put the city on the map interms of rap. It’s been a lot that has tried and almost came close prior to them, but they hands down open the flood gates for people to recognize rappers from Buffalo no question.
What is your approach to releasing music today?
My approach on releasing new music is just staying consistent and putting out great music. I want to put out quality music and good body of work then let the audience decide thats it with me.
Wow, your latest album “Fuck the Middle Man” is a true BANGER in our books, your delivery & style is truly out of this world! Tell us the story behind your recent project, And a little about the album cover concept!
Fuck the middle was my first project I put out since I took my long break. I just wanted to put something raw and organic out and let it flow to the masses. The art design was chosen by me I seen that image and just thought to myself this is a dope look and there you have it.
Word! So that being said, what’s your plans for 2021? What can we look forward to next?
My newest project is out now called “Buffalo” it dropped April 9th need everyone to go check that out.
Most def! Lastly, we at UGHHBLOG always like to ask what’s your personal definition of underground hip hop?
My definition of underground hip hop is raw authentic real music no commercial songs dance songs none of that. It’s room for every type of music and underground is for the real spitters the real music makers that has a story to tell.
The post Bufffalo’s Very Own La Lo East Talks Career, Influences, & New Album first appeared on UndergroundHipHopBlog.