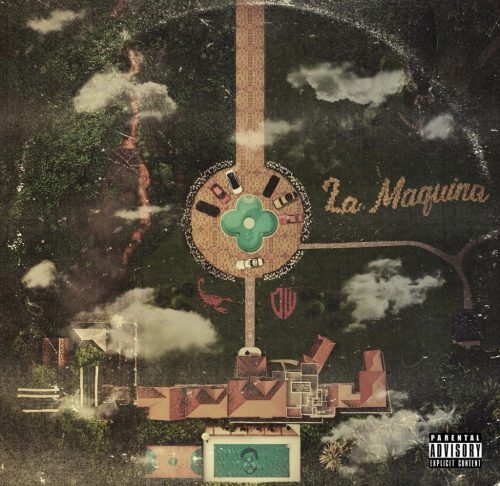 Conway the Machine is a 39 year old MC & entrepreneur from Buffalo, New York who blew up in late 2015 as part of the 3 OGs of Griselda Records alongside his brother Westside Gunn & their cousin Benny the Butcher. Ever since the trio have rose to prominence, they’ve had hip hop lock by their constant work ethic balancing quality & quality as well as vividly detailing their lives in the streets on top of boom bap production kin to that of RZA & Havoc in their music. Con’s full-length debut From King to a God was my Album of the Year for 2020 & his sophomore effort with Big Ghost Ltd. that just came out a couple months ago If It Bleeds It Can Be Killed is a worthy sequel to No One Mourns the Wicked. But just when even thought we were getting the Shady Records-backed God Don’t Make Mistakes next, we’re getting another prelude album out of the woodwork.

“Bruiser Brody” is a a grimy opener from the boom bap production from JR Swiftz to the lyrics calling out those who pray on his downfall whereas the Bangladesh-produced “6:30 Tip Off” is a jazz-trap fusion speaking on his profit. The song “Blood Roses” is about how “I came to prove I came improved” with a fiery beat from Cardiak, but then “Clarity” opens up on how he spares “no feelings when my pen is movin’” on top of a soulful trap instrumental from Don Cannon.

The track “KD” has a weepy trap instrumental from Murda Beatz with lyrics talks about those speaking on Conway’s legacy while “200 Pies” with 2 Chainz of course gets on that pusher shit & the bare loop that The Alchemist comes through with is hypnotic as fuck. “Sister Abigail” is a dusty boom bap tune where The Machine recruits his new protégés Jae Skeese & 7xvethegenius to declare themselves as world champions, but then Jae returns on the peppily-produced “Grace” to talk about how they don’t live in disguise to get their blessings.

The song “Scatterbrain” brings in J.I.D & Ludacris to get murderous on top of a frigid instrumental, but then Elcamino & Shots hop on Had to Hustle” to speak on what they had to do to get where they are now. The closer “S.E. Gang” serves as a response to those who said Conway was leaving Griselda earlier this year as he, Westside Gunn & Benny the Butcher spit that mafioso shit over a flute sample from Daringer.

Not what I was expecting from Conway, but still a dope album regardless. In comparison to him returning to a more grimier sound on If It Bleeds It Can Be Killed, I like how he continues to build off the the versatility that From King to a God brought. Whenever the time for God Don’t Make Mistakes comes, I’ll be more than ready to hear where he takes it.