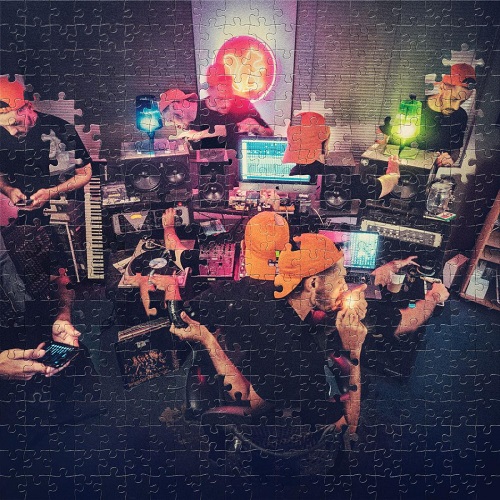 Today, one of underground Hip-Hop’s most enduring artists, Evidence, announced his new album, Unlearning Vol. 1, is set for release on June 25 via Rhymesayers Entertainment. The announcement comes alongside the release of lead single “Better You,” produced by The Alchemist. Known for his consistently creative approach to visuals, Evidence unveiled the track yesterday when he surprised fans with an early pre-release of the official “Better You” music video. The dramatic video, shot and directed by Stephen Vanasco, reveals a starkly contrasted black & white setting, accented by reflective elements throughout – visuals that complement the interplay between the track’s darkly sinister drums and Ev’s sanguine, reflective lyrics. The imaginative visual concepts also carry throughout the cover art for Unlearning Vol. 1, where a jigsaw collage shows multiple forms of Evidence in his many phases of creation, envisioned and meticulously assembled by renowned artist/designer Brent Rollins.

Evidence’s last solo album, Weather Or Not, was critically and commercially acclaimed, drawing attention from Billboard, Pitchfork, DJ Booth, and more, as well as being voted 2018’s best album of the year by readers on Ambrosia For Heads. Following the release, in interviews with No Jumper and DJ Booth, Evidence offered insight into his mindset transitioning from Weather Or Not into the writing and recording of what would become Unlearning Vol. 1. “I don’t feel like I’m Evidence, the character. I feel like I’m me,” he revealed to DJ Booth, adding “I don’t mind evolving publicly.”

Unlearning Vol. 1 pairs Evidence’s own production with The Alchemist, Nottz, Sebb Bash, Animoss, Mr. Green, V Don, Daringer, Khrysis and EARDRUM (QThree), highlighting perhaps an undervalued skill of Ev’s—his ability to collaborate with a multitude of producers while still creating an album with a cohesion and consistency rarely found in such extensive collaboration. While the album’s musical soundscape sets the scene, it’s Ev’s gift for relatable yet inventively clever writing that really paints the picture. That said, a small but powerful cast of guest appearances also decorate the landscape, courtesy of stellar performances from Boldy James, Conway The Machine, Fly Anakin, Navy Blue, and Murkage Dave.

For Unlearning Vol. 1, Evidence embraced pure artistic expression, fully immersing himself in the creative process. The result is a fourteen-track effort that pulls inspiration from Evidence’s surroundings and collaborators while remaining undeniably true to his foundation.