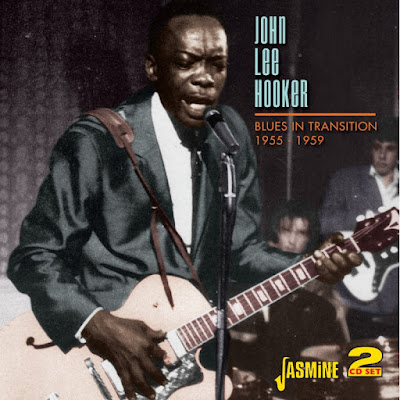 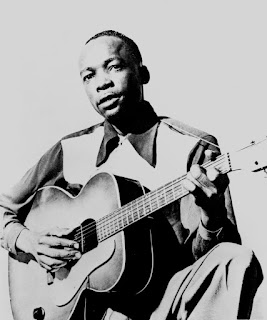 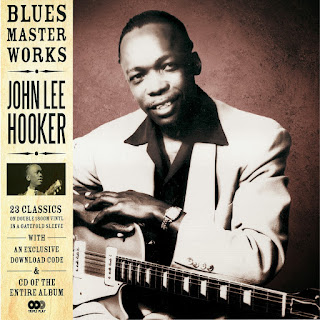 It is believed that he was born in Tutwiler, in Tallahatchie County, although some sources say his birthplace was near Clarksdale, in Coahoma County. He was the youngest of the 11 children of William Hooker a sharecropper and Baptist preacher, and Minnie Ramsey. In 1921, their parents separated. The next year, their mother married William Moore, a blues singer, who provided John Lee with an introduction to the guitar (and whom he would later credit for his distinctive playing style). Moore was his first significant blues influence. He was a local blues guitarist who, in Shreveport, Louisiana, learned to play a droning, one-chord blues that was strikingly different from the Delta blues of the time. 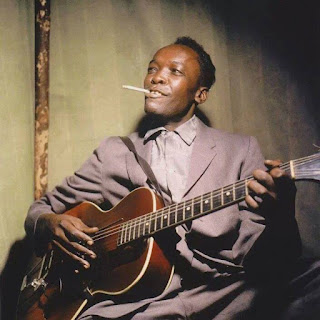 At the age of 14, Hooker ran away from home, reportedly never seeing his mother or stepfather again. In the mid-1930s, he lived in Memphis, Tennessee, where he performed on Beale Street, at the New Daisy Theatre and occasionally at house parties. He worked in factories in various cities during World War II, eventually getting a job with the Ford Motor Company in Detroit in 1943. He frequented the blues clubs and bars on Hastings Street, the heart of the black entertainment district, on Detroit's east side. Hooker's popularity grew quickly as he performed in Detroit clubs, and, seeking an instrument louder than his acoustic guitar, he bought his first electric guitar. 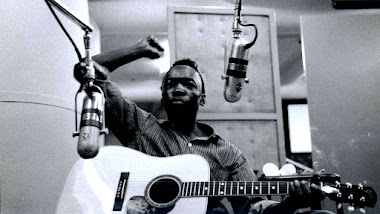 In 1948, the aspiring bluesman hooked up with entrepreneur Bernie Besman, who helped him hammer out his solo debut sides, "Sally Mae" and its seminal flip, "Boogie Chillen." Their efforts were quickly rewarded. Los Angeles-based Modern Records issued the sides and "Boogie Chillen" -- a colourful, unique travelogue of Detroit's blues scene -- made an improbable jaunt to the very peak of the R&B charts and the best-selling race record of 1949. 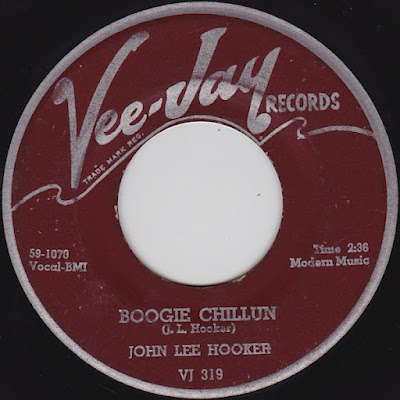 Though illiterate, Hooker was a prolific lyricist. In addition to adapting traditional blues lyrics, he composed original songs. In the 1950s, like many black musicians, Hooker earned little from record sales, and so he often recorded variations of his songs for different studios for an up-front fee. 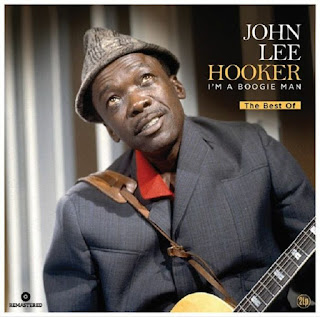 To evade his recording contract, he used various pseudonyms, including John Lee Booker (for Chess Records and Chance Records in 1951–1952), Johnny Lee (for De Luxe Records in 1953–1954), John Lee, John Lee Cooker, Texas Slim, Delta John, Birmingham Sam and his Magic Guitar, Johnny Williams, and the Boogie Man, before finally settling down at Vee-Jay in 1955 under his own name. Hooker became the point man for the growing Detroit blues scene during this incredibly prolific period, recruiting guitarist Eddie Kirkland as his frequent duet partner while still recording for Modern. 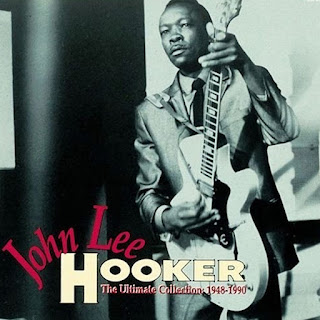 In Hooker's later sessions for Vee-Jay Records in Chicago, studio musicians accompanied him on most of his recordings, including Eddie Taylor, who could handle his musical idiosyncrasies. "Boom Boom" (1962) and "Dimples", two popular songs by Hooker, were originally released by Vee-Jay. Beginning in 1962, Hooker gained greater exposure when he toured Europe in the annual American Folk Blues Festival. His "Dimples" became a successful single on the UK Singles Charts in 1964, eight years after its first US release. 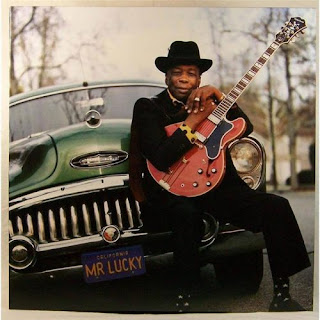 Hooker began to perform and record with rock musicians. One of his earliest collaborations was with British blues rock band the Groundhogs. In 1970, he recorded the joint album Hooker 'n Heat, with the American blues and boogie rock group Canned Heat, whose repertoire included adaptations of Hooker songs. It became the first of Hooker's albums to reach the Billboard charts, peaking at number 78 on the Billboard 200. Other collaboration albums soon followed, including Endless Boogie (1971) and Never Get Out of These Blues Alive (1972), which included Steve Miller, Elvin Bishop, Van Morrison, and others. 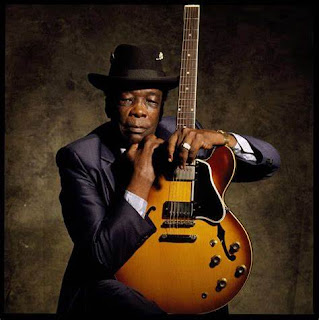 Hooker appeared in the 1980 film The Blues Brothers. He performed "Boom Boom" in the role of a street musician. In 1989, he recorded the album The Healer with Carlos Santana, Bonnie Raitt, and others. The 1990s saw additional collaboration albums: Mr. Lucky (1991), Chill Out (1995), and Don't Look Back (1997) with Morrison, Santana, Los Lobos, and additional guest musicians. His re-recording of "Boom Boom" (the title track for his 1992 album) with guitarist Jimmie Vaughan became Hooker's highest charting single (number 16) in the UK. 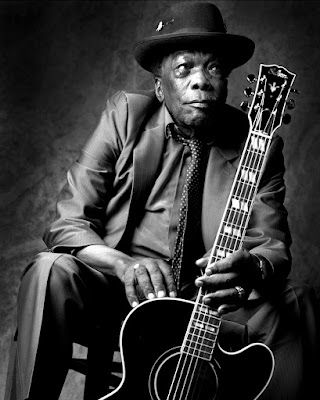 All this helped him retain his status as a living legend, and he remained an American musical icon; and his stature wasn't diminished upon his death from natural causes on June 21, 2001, in Los Altos, California in his home.

Here’s a 1964 performance of the Hook’s “Boom Boom” from BBC2’s The Beat Room. John Lee is backed by his favourite British blues band, The Groundhogs.