5 Mistakes The Game Made With The Release of Drillmatic: An "Overzealous" Piece of Work 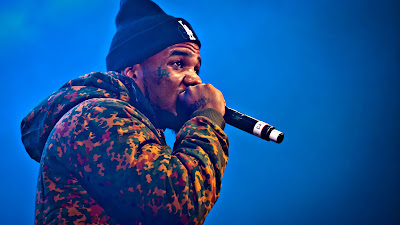 The Game has been tha talk of tha net in Hop Hop lately with tha release of his new album "Drillmatic". I mean, if name dropping wasn't already enough, he had to spin-off on another legend's classic contribution to tha culture (Nas. **clears throat**). Nevertheless, although many a Hip Hop fans have been looking forward to this album, here are a few key mistakes he's made with tha release of this new album...

Why is rapper The Game left out of conversation for "All-Time Hip Hop Diss Tracks"?

Greedy from CBP just got out tha penn roughly a couple of months ago and it would've been clutch to see him get a feature on Game's new album. 32 features on tha album and your own homie can't get a look? Not to undermine whatever internal situations might be abreast, but someone's gotta be tha bigger man. And it should be The Game, since he can afford it. Now, ask yourself, how many of Nipsey's homies from 60s did he feature on his projects? I must say, quite a few.

I'm not a huge fan of EPs, nor am I a huge fan of super long LPs. When I pulled up Drillmatic on Spotify, it said the album was approximately 1 hour and 55 minutes. I can't help but to picture Game hitting cats on tha leg like aye, listen to me for 2 hours real quick. Lol. Overkill. I mean, when was tha last time an album with this many songs has been deemed what we like to refer to as a "classic"? That's not a hypothetical, btw. 16 solid tracks would've sufficed and perhaps would make tha album more memorable, in my opinion. His leaked single "Violence" didn't even make tha album. Somebody should've counseled Game further before releasing this overzealous piece of work.
Figg Newton "The Hardest Blood Rapper Out Right Now"

Way too sample-heavy. Skimming thru tha album there are too many songs that start with an interlude. Is this a soundtrack to a movie or are you just doing too much? Makes me think back to tha social media headlines of Jay-Z clearing samples for tha project. That had to be a lot of samples lol. Too many samples can make your sound come off as disingenuous and again, overkill.

I mean, are we all really gonna sit here and act like that disturbing image Game has been promoting isn't questionable? Not to mention a weak single promo game. Like, how are you gonna release a 31song album with a single dissing a legendary rapper everybody likes? It's like, without Dre, Game is prone to making self-sabotaging moves. Without someone like Dre and his influence, who can get thru to Chuck? I mean, if he wouldn't even listen to Dre, then that could spell trouble for The Game's future in music.

There's no question that Game's lyrical ability is a force to be reckoned with. But, how long can he go on ignoring tha narrative around his antics and reputation? Does he even read tha comments on tha blogs? Game has been making rounds on everybody's podcast bigging himself up, calling himself one of tha biggest rappers in tha world and all that. While I'm sure some would make tha argument, it's always best to leave such comments to other people. There's only one thing Game can do to silence tha critics and in my opinion, it ain't in record sales or streaming metrics. It's rapping. Me, as a Game fan, I'm not too into his commercial music. But, his freestyles are always on point and entertaining and if we can get him to just focus on tha bars, it would soon become all people can talk about whenever his name comes up.
Why 300 Bars by The Game Is Greatest Rap Diss Ever 🏆 🏆 🏆
In conclusion, we've always been fans of The Game and we appreciate his contributions to West Coast rap and Hip Hop in general. We truly think he's lyrically one of tha best. However, tha overarching persona and egotistical attitude only makes him lose points for those who are paying attention. Much love to The Game. Time will tell if this album lives up to tha hype.
Drillmatic hip hop news thawilsonblock magazine the game