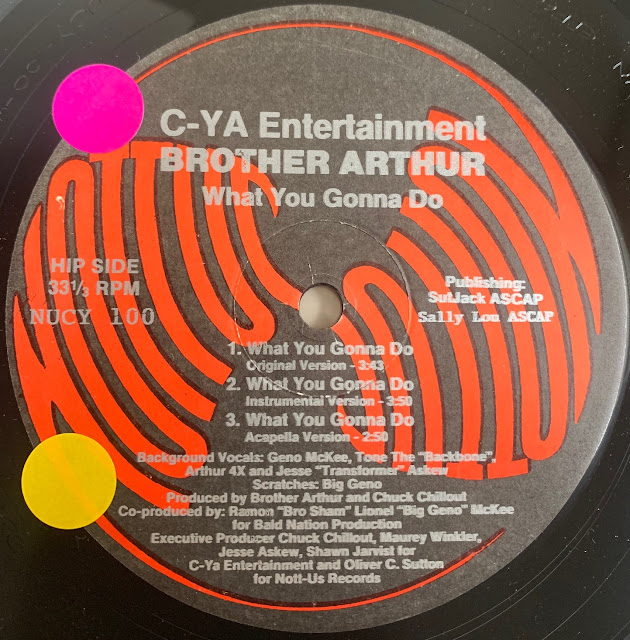 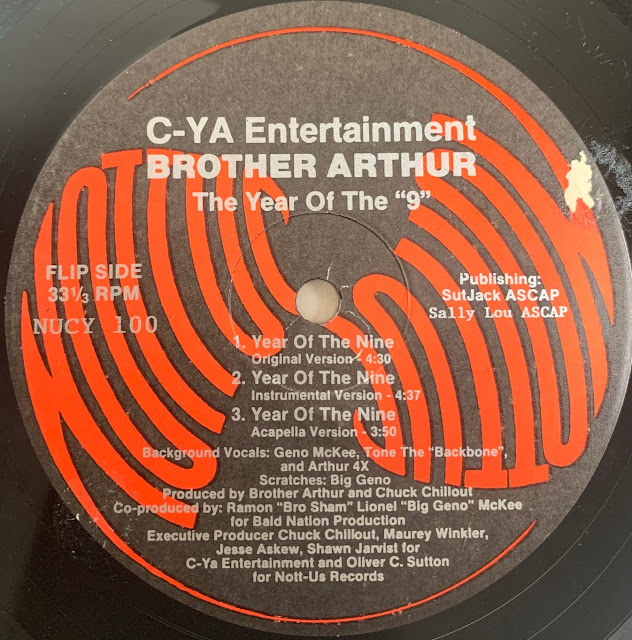 12" - 1994 - C-Ya Ent.
Here is the first and only 12" released by Brother Arthur from Mount Vernon on C-Ya Entertainment in 1994. It contains 2 singles entitled "What You Gonna Do" and "The Year Of The 9", produced by Brother Arthur and the legendary Chuck Chillout who also managed C-Ya Entertainment. It was also co-produced by Ramon "Bro Sham" and Lionel "Big Geno" McKee for Bald Nation Production.
The main samples used for the production of "What You Gonna Do" come from the songs "Sho'nuff Must Be Luv" performed by Heatwave and "It's a New Day" performed by Skull Snaps.
For the production of "Year of the 9", you will have recognized the same sample used by DJ Premier for Jeru the Damaja's joint "Come Clean", which comes from the song "Infinity" performed by Shelly Manne. 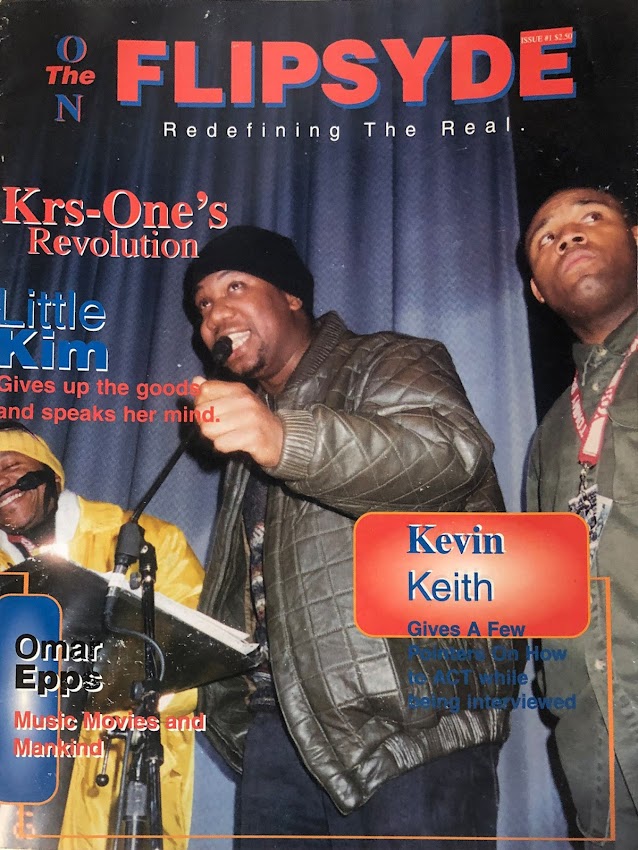 KRS One & Brother Arthur - On The Flipsyde Magazine Cover
There isn't a lot of material related to Brother Arthur released at that time. Everything I know is that his first appearance was on the single "Hip-Hop Against Apartheid - Ndodemnyama (Free South Africa)" released on 12" on Warlock Records in 1989, when he was known under the name of Arthur X.
Brother Arthur a.k.a Brother Arthur Muhammad is a lifelong resident of the city of Mount Vernon. He is a member of the Nation of Islam and he is the assistant Minister of the Historic Mosque #7 in Harlem. 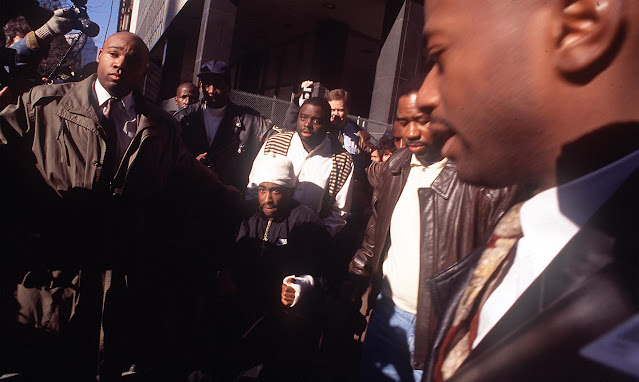 Brother Muhammad who graduated from Iona College in 1987 with a BA degree, is the former Director of the Mount Vernon Re-Entry program for the City of Mount Vernon where he helped dozens of young men and women re-establish themselves back into the community after years of incarceration. He is the former Program Director for the SNUG Program ("Guns" spelled backwards), where he worked with gang members to attain employment, seek higher education and de-escalate violence in the Mount Vernon community.

He is also a DJ in his spare time, known under the name of DJ I-Slam.

If you're looking for a dose of 90s conscious hip-hop, you should try to grab this record... mos def a must have !!