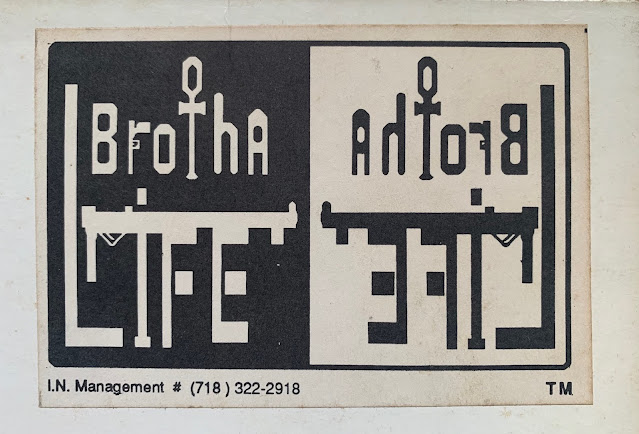 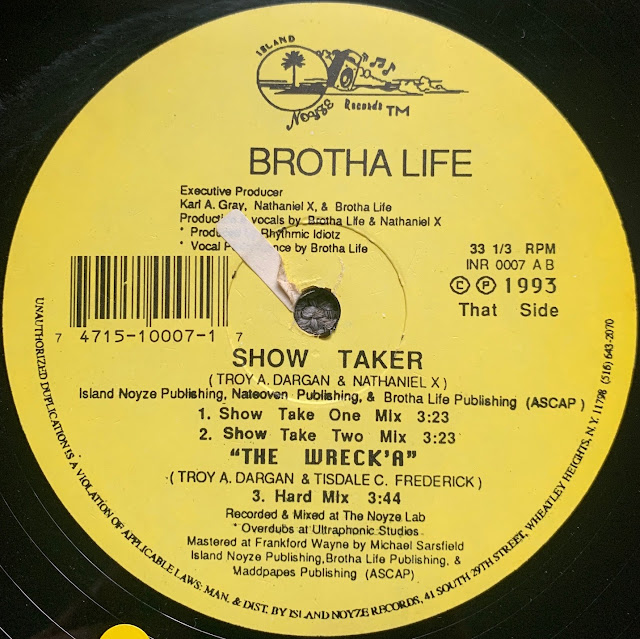 Here is the debut 12" released by Troy Dargan a.k.a Brotha Life (RIP) from Strong Island in 1993. The wax came out on Island Noyze Records and consists of the tracks "The Wreck'a" Radio Mix, Wreck Stra Mental Mix & Original Mix versions on the A-side, and the tracks "Show Taker" (Show Take One Mix & Show Take Two Mix), and "The Wreck'a" Hard Mix on the B-side. All the productions are handled by Rhythmic Idiotz, a production team which I believe was comprised of Nathaniel X and Brotha life. Brotha Life grew up in Wyandanch NY. He first started under the name of Lyfe. He had a long time friend named Kevin who was heavily into music and beat making. They used to do lots of DJing for house parties or weddings. Later on down the line him and his High School friend Nate Tinsley a.k.a Nathaniel X eventually became a crew with a few of their other friends such as James (Jimmy) Perkins. That's all I know about him... Troy passed away in November 2005, due to health problems... Rest In Peace. His ex-wife told me that Troy always made lasting friends with people he met and had a big heart and would help anyone. He was also a big kid ! This little blog post is dedicated to his memory. 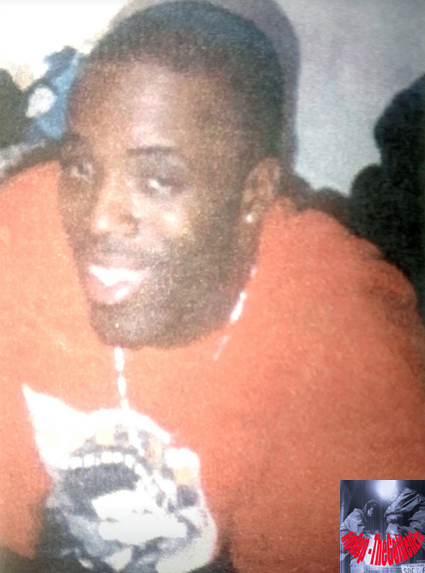 Last word ... if you like the single "The Wreck'A", you'll also like his other joint entitled "Gotta Have It" released in 1995 on Undercover Records and produced by Brotha Life & Nathaniel X a.k.a The X Man Project. Grab it if you like it !! Peace 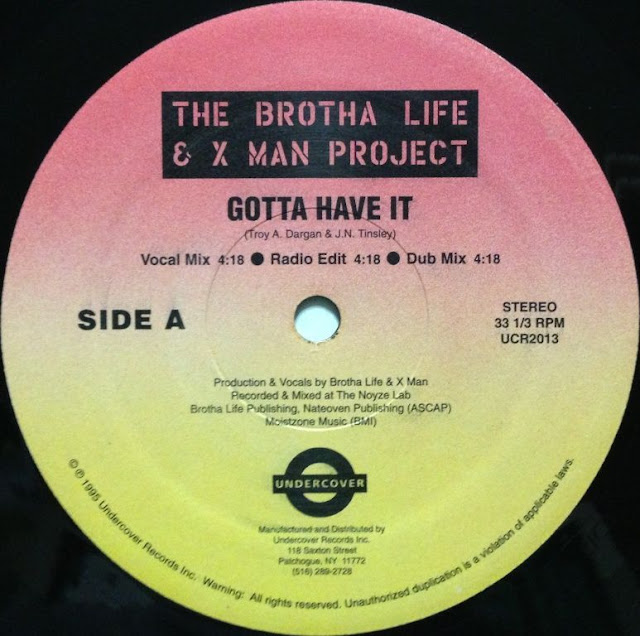 Mad Props to Grace Johnson, thanks for your time.