Rappers Who Flourish in Hip Hop Without The Black Audience

Posted by WilsonBlock100 Radio on August 22, 2022
HEADS UP: this article speaks to race being tha basis of our point as we believe Black people to be tha pioneers and innovators of Hip Hop as a way of life, but not as an industry. 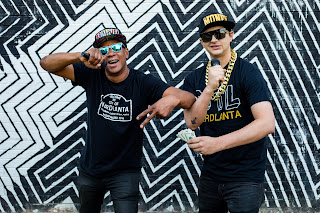 Kendrick Lamar lost a Grammy to tha likes of Macklemore, a white rapper from tha 206 who, in my humble opinion, actually deserved to win. Macklemore himself even spoke out and said that he felt Kendrick deserved that award for his latest album at tha time. But, while Mack gave in to how everyone else was already feeling, what about tha people who genuinely felt otherwise? What about tha people who felt Macklemore won it outright? Well, I'm sure you could care less about hearing from one of those fans. But, with such a race disparity in Hip Hop today, we must ask...how are rappers flourishing in Hip Hop today without tha Black audience?

It's kinda like Arby's, tha restaurant. (Figuratively speaking) Nobody you know eats there yet they remain seemingly strong with spread out locations and memorable TV commercials. We may not know exactly how they manage their advertising budget, but we can all agree that it's probably not cheap. The idea of this article stems from tha question we asked last week regarding Eminem's career album sales "What Percentage of Eminem's Album Sales Were From Actual Hip Hop Fans?" on WilsonBlock100 Radio. Without getting too far into it, I'd recommend you check that episode out and chime in. Many may not like tha question but it's a valid question considering tha vast amounts of talent that has blessed tha mainstream over tha past half century.
In this article, we are discussing rappers who seem to be flourishing in Hip Hop without tha Black audience. Now, we're not saying that these artists don't have fans who are Black people. What we are speaking to is tha general narrative on these rappers from a black fanatical perspective. Because we will never stray from tha fact that Black people pioneered Hip Hop; and no, I'm not willing to get into a trivial debate on what words a Hip Hop connoisseur would prefer I use. The artists listed below have Black fans with strong opinions on their successes in Hip Hop. And we just want to highlight these things so that they may display tha correlation between how music impacts virtually every aspect of our lives and society. Yes, even politics.

Many many die-hard Black Hip Hop fans are quick to tell you just how much "you don't know what you're talking about" when someone on a forum credits Macklemore in any given category. But, tha general consensus is not so much that Macklemore is a bad rapper (in fact, he's a darn good one) moreso than black people not being able to relate to his story and/or image. PokeyLo, a legendary rapper from Pasadena, CA, said he respected Macklemore's debut album THE HEIST because it gave him tha impression that he wasn't trying to be like anyone else. On a Hip Hop forum recently, Macklemore was compared to tha likes of Tech9ne, as tha "best" independent artist "to do it".

When fans who claim they know what they're talking about say things like Macklemore isn't Hip Hop, they overlook just how many authentic Hip Hop icons he's worked with. The fact that he performed at a Mariners game as an independent artist. I mean, for those reading in Seattle, I can imagine this being a terrible question. They could be mad at tha fact that this is even a topic of discussion. Macklemore's lack of consideration from Black Hip Hop fans is being recognized amidst his highly successful global tours and tha great value he's built into his brand image. Even though 'most' Black Hip Hop fans don't side with Macklemore and would probably never buy his album or give him top spot in a reputable category, it doesn't seem to affect tha worldwide impact he makes thru Hip Hop music. Simply put, theoretically speaking, he's a white rapper who is successful in Hip Hop...without tha Black audience. How Sway? 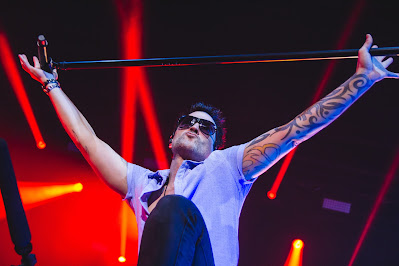 Now, very rarely do I ever tell someone to slap themselves 😅 .. but if you think that Eminem doesn't have Black Hip Hop fans, then slapping yourself might be sound advice. But, look at Eminem's career album sales. He surpasses even tha greatest of musicians and legendary rappers. It's like, these days, more and more people become vocal about Eminem not "being tha best" and all that. And even in our podcast episode on WilsonBlock100 Radio, we started it off saying that Em's talent is not in question here. If Eminem, an artist of our time, can pass tha likes of Michael Jackson and James Brown in album sales, let alone 50 Cent and Snoop Dogg, then perhaps it's safe to say that Eminem is, and can continue to be, successful in Hip Hop...without tha Black audience.
The Game Says Eminem's Album Sales Are Fake
Now, we can't talk about Blacks creating Hip Hop and not mention tha Puerto Rican influence and contribution to tha culture. At tha end of tha day, many can make tha argument that Puerto Ricans are Black people, too...essentially. Whether you want to subscribe to that or not, one thing remains true. It is perfectly possible to succeed in tha Hip Hop industry even without Black supporters. But, who are we kidding? Some of tha hottest rappers we know today are of different ethnicities. Because Black people are undeniable trendsetters, you can find them where tha latest craze is today whereas White, Asian, and even Arab rappers are still living in tha golden era of Hip Hop culture. Grind Mode Cyphers is a prime example of non-black rappers prospering in Hip Hop...but you can't really say it's without tha Black audience because many of those rappers are not famous (yet) enough to warrant a comparison of who their true fans are.

Remember, in tha movie IpMan? Bruce Lee wanted to introduce Chinese Martial Arts to tha Western world but those in tha U.S. City of San Francisco's Chinatown were oppose to exploiting their culture in a foreign, capitalist society. IpMan was all for WingChun Kung-Fu spreading across tha globe to other cultures and continents. But, tha American board didn't want to see it happen for one reason or another. How do you feel about that in terms of Hip Hop? Is it bothersome that other ethnicities can thrive in Hip Hop culture without fans of tha race who innovated it or do you think, at least at this point, that it's a fair game? We want to hear what you think. 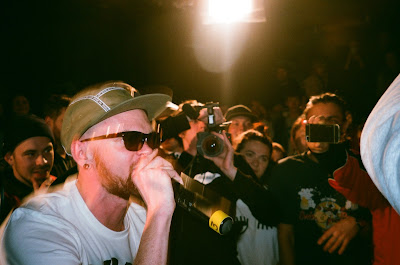