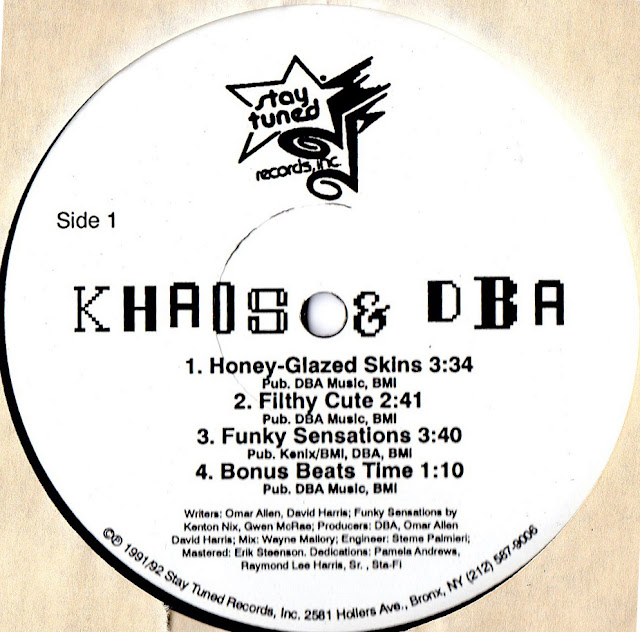 EP - 1992 - Stay Tuned Records
Tracks from the "Honey Glazed Skin EP" are the kind of stuff you can find on 90s Hip-Hop Japanese mixtapes... I think that's how I first discovered this group.
This rare and very hard to find EP was released by a duo consisting of Omar Allen a.k.a Khaos and David Harris a.k.a DBA which stands for Dope Beatz Always, hailing from Baltimore, MD (Khaos is from Randallstown and DBA is from Yale Heights). 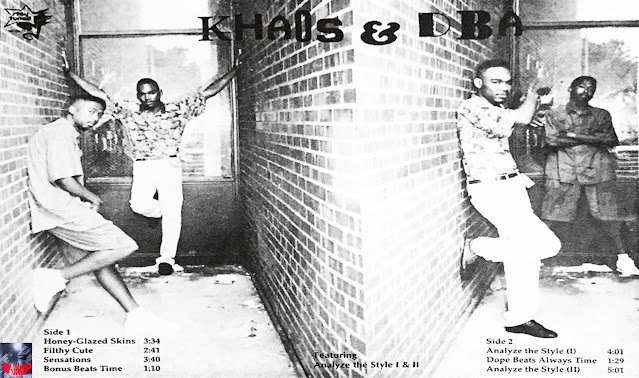 The wax came out on the NY-based label Stay Tuned Records in 1992, and is not really easy to catch for a very good price. It consists of 7 tracks entitled "Honey-Glazed Skins", "Filthy Cute", "Funky Sensation","Bonus Beats Time", "Analyze The Style (I)", "Dope Beat Always Time" and "Analyze The Style (II)" fully produced by DBA.

DBA : " Khaos was in high school here in Baltimore… in a group called the DDR Society (Def Dose of Reality)… being produced by local producer Mark Shaw.  Mark wanted me to come to the session.. he was more into producing R&B than hip-hop… so Mark had me step in and produce a track for the group. I became their main producer after that… and produced for them until they got out of high school.  After high school.. DDR parted ways… around early 1990... and Khaos and I decided to do some demos together.

After Khaos graduated from high school and we recorded a few tracks… Omar decided to move from Baltimore to the Bronx NYC.  I forget how they met… but Khaos met Attorney Stanley J. Fidel… Stan and Khaos shopped our demos to major and indie labels. The demos drew a lot of interest… we had a lot of meetings… but no deals offered ! So Stan (Khaos called him ‘Stay Fi’) started Stay Tuned Records for us.  Khaos ran the label out of the Bronx NY as I still lived in Baltimore." 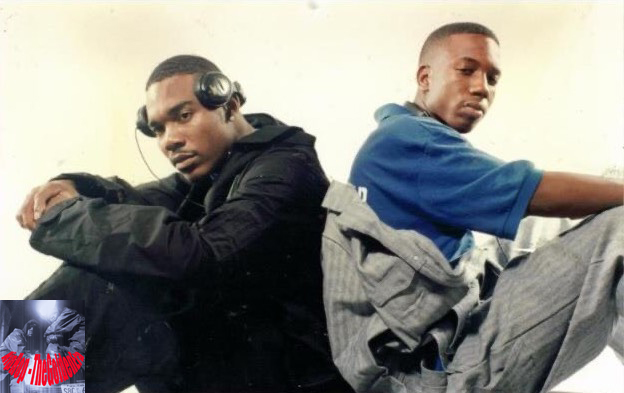 DBA : " K.O.D.A.D… which stood for ‘King of Dissing and Dismissing’… another emcee that I produced for back in the early 90's… from here in Baltimore.. Park Heights. He's younger than Khaos and I. He was still in high school I believe at the time. He met Khaos through me… and they had a good chemistry together. They later formed a group called Sound Providers, a few years after the Honey Glazed Skinz EP. KODAD won a local radio contest 5 weeks in a row I believe.. if given the chance would have done well... had a lot of drive and persistence"

Emcees in "Analyze the Style Pt II" were Khaos, Krash Nice (part of the group B.L.A.K Swing from Govans, who were signed to MBR Records), KODAD, Amp from the Circle of Native Vibes, and an emcee known as Bamboo. 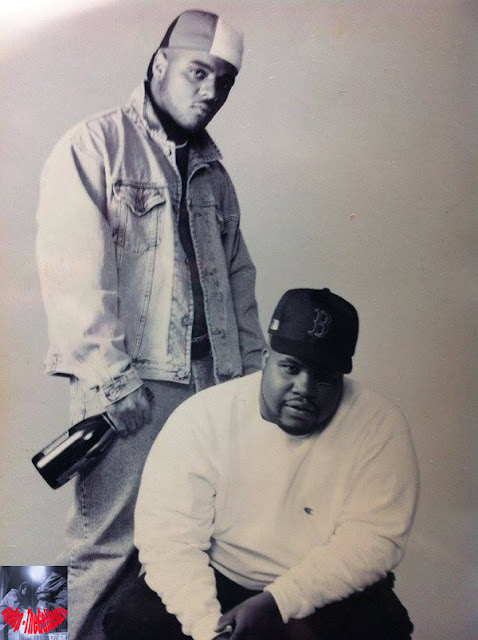 The Honey Glazed Skin EP was the first and only official Khaos & DBA's release. Khaos fell into some legal trouble soon after the EP dropped. No more info about him but he's still around on social media.

If you're looking for more info about DBA, you need to know that he has been producing since the late 80s. He started out with Diz a.k.a Diz-One Emcee. 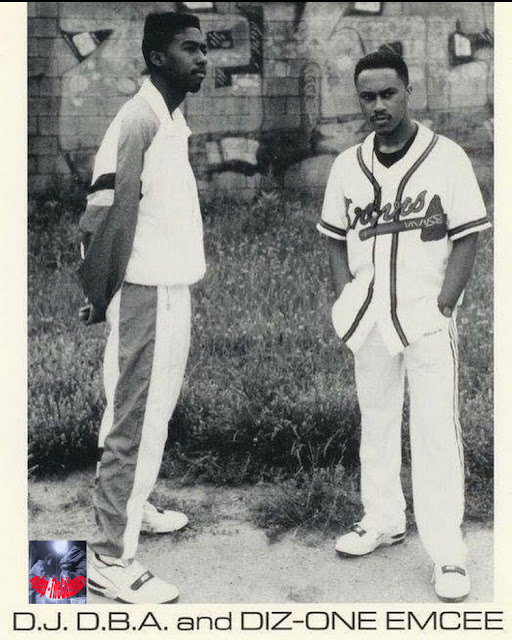 DBA was also a member of the Baltimore-based crew Numarx with Junie Jam, Kool Rod, Beatmaster Mozes and KG, who were signed to MBR Records in the late 80s/early 90s.

As a producer, DBA's hip-hop influences were Marley Marl ("number one always !!"), Large Professor, DJ Premier, Howie Tee, Pumpkin, Ced Gee, DITC.. and Pete Rock. He is still in the game and he is now a Record Dealer and a Label owner (Official Crate Music). If you missed this, DBA also dropped some material featuring Conway the Machine, Planet Asia, J Scienide, Recognize Ali and Born Unique a few years ago.

Mad Props to DBA, thanks for your time.