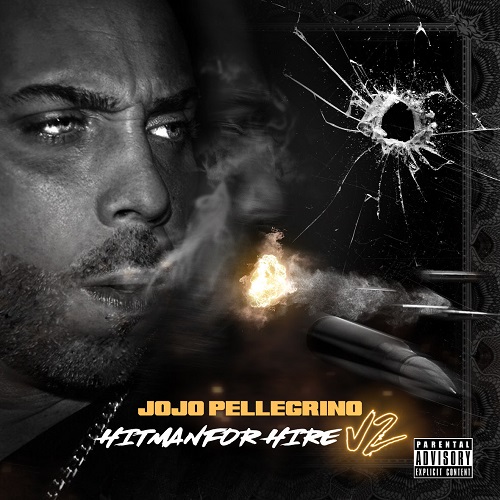 Jojo Pellegrino is a respected artist and lyricist hailing from Staten Island New York. Formally managed by the late great Chris Lighty under the legendary Violator imprint, Pellegrino is no stranger to the culture, the business and everything that comes along with it. Featured on various compilations, tours, radio shows, video games, podcasts and television interviews young blue eyes (reference to Frank Sinatras “Old blue eyes” nickname) has managed to make enough of a name for himself that has the fans, pioneers, executives and greats alike whispering the word “legend” for quite some time and it seems Pellegrino is just getting started.

JJP dropped the highly anticipated “Hitman for hire V2” featuring Wu-Tang Clan, Conway, NEMS, RJ Payne through his independent label PellaVision which is the sequel to the “Hitman for Hire” mixtape he and hot 97‘s DJ Kay Slay released prior. You can expect a lot of great things in the near future from Jojo as the hip-hop hopeful gears up to release back to back full length albums all the while cultivating himself a career in acting.