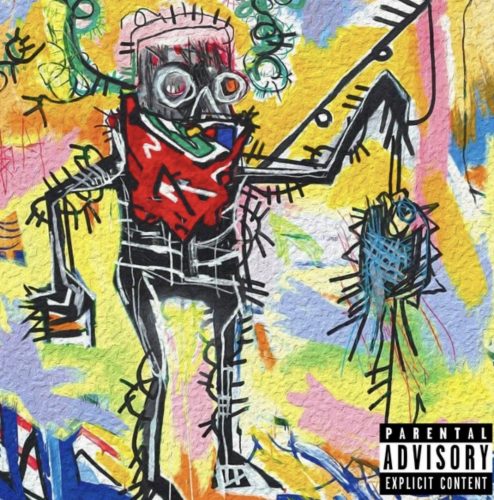 Mach-Hommy is a 38 year old MC from Newark, New Jersey breaking out in 2017 when he dropped his sophomore album H.B.O. (Haitian Body Odor) under Griselda Records. However, he & Tha God Fahim fell out with the label shortly after only for both of them to reconcile this past Christmas. But since May is Haitian Heritage Month, we have Mach marking his return to the Buffalo powerhouse by dropping his 5th full-length album to celebrate.

“The 26th Letter” is a trumpet-laced opener where Mach goes on about rearranging the whole game whereas the next song “No Blood Sweat” jumps on a pillowy Camoflauge Monk instrumental to say he taking food out cats’ mouths. Westside Gunn hops on “Folie á Deux” as he & Mach tell all the fuckboys that they’re finished over a psychedelic boom bap beat from Conductor Williams before declaring every day as Easter Gunnday on the soulful “Maxron Jaxon”.

“The Stellar Ray Theory” was a great choice for a lead single with its sax-heavy production & the lyrics about cats “blaming clouds on the rain & the sky” while he gets in his storytelling bag on “Marie” & I love the “Hail Mary” tribute in the hook. After the “Leta Yo” skit, Mach vents that he keeps seeing Deedee & Stevie in his naps with Nicholas Craven providing him with a bass guitar & a vocal loop for “Kriminel” just before declaring that he’s in his bag on the Sadhugold-produced “Pen Rale”.

“Murder Czn” with Westside Gunn of course a melancholic cut using for blood while Tha God Fahim tags along for the rich “Magnum Band” to help talk about having 357 on deck. The back & forth chemistry between Mach & Westside on the piano-tinged “Rami” is fantastic & after the “Kreyol” skit, the song “Au Revoir” goes into a more rock direction with the help of DJ Green Lantern as well as lyrics going at “pussy n****s”. The penultimate track “Blockchain” has a slowed down jazz sample throughout as Mach explains that there’s too many information highway cats riding the wave & then “10 Boxes: Sin Eater” is a dusty finisher saying he’s been wavy.

As much as I really enjoyed Pray for Paris, I can argue that Pray for Haiti is one of those immensely rare instances where the sequel album is better than the predecessor. We get a good look into Mach-Hommy’s Haitian roots whilst sticking to the raw lo-fi aesthetics we’ve all come to know & love from him.