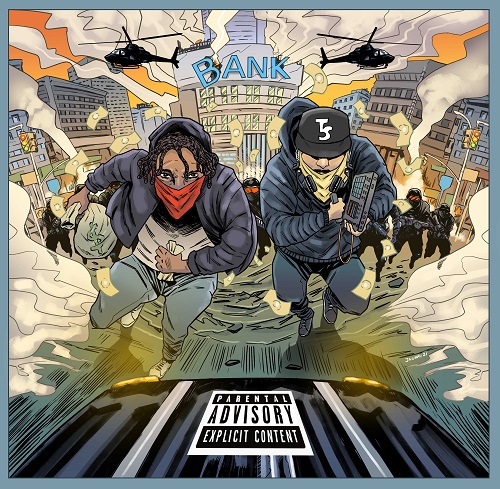 Los Angeles’ upcoming lyricist LocalBlac links with DJ/Producer Tone Spliff for “Masked Assailants” an 8 song project that features the wordsmith A-F-R-O. Tone Spliff and LocalBlac met when Tone first moved to Los Angeles in 2013 living in the same building in Koreatown. Over the years, they both developed their styles and now in 2021, they bring you a Hip Hop gem with Masked Assailants.

Tone Spliff has always delivered flawlessly for the culture you know, and I just wanted to be a part of the movement he’s been building within hip hop. So to come together and deliver Masked Assailants was perfect, and at the end of the day we’ve both put in work and hustled to push forward in Hip Hop. It only made sense. – LocalBlac *thoughts on the process.