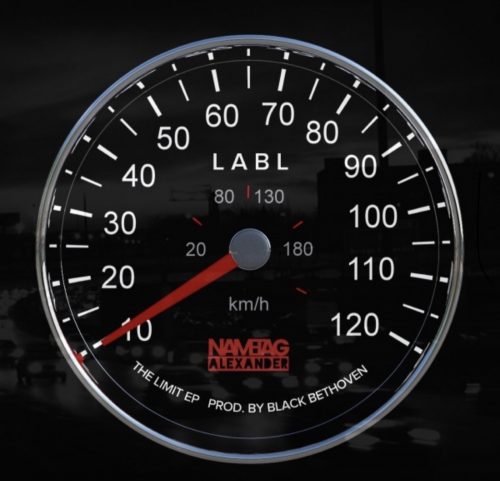 Nametag Alexander is a 35 year old MC from Detroit, Michigan who came up as part of the short-lived trio 10 Speed & Brown Shoe almost 2 decades back. He has since gone on to drop a slew of solo projects within the last 14 years all to pretty positive reception. Last we heard from Nametag was last spring with the release of his 8th EP Work. Win. Repeat. & to follow it up, local producer Black Bethoven is being tapped in to produce this new EP from top to bottom.

“Set Go” kicks things off with a heavy instrumental with battle bars being peppered into the mix whereas the title track takes things in a much more dancier direction encouraging listeners to push it as far as you can go. The song “Conquer” incorporates a guitar & some claps as Nametag talks about taking over the world while “The Victor” shows some ambition in the lyrics & the beat almost as a Scott Storch feel to it.

Travis Slang’s feature on the penultimate track “Believe” is kinda weak, but I do enjoy the overall message about hustling & the Japanese sample in the production. Finally, I think “Pressure Applied” is a worthy closer with Nametag jumping on a soulful boom bap instrumental to spit that weight-bench rap.

In his ever-growing discography, to me The Limit is an absolute stand out. The whole concept of it is well put together & I really like how varied in sound Black Bethoven’s production is, ranging from boom bap to dance.