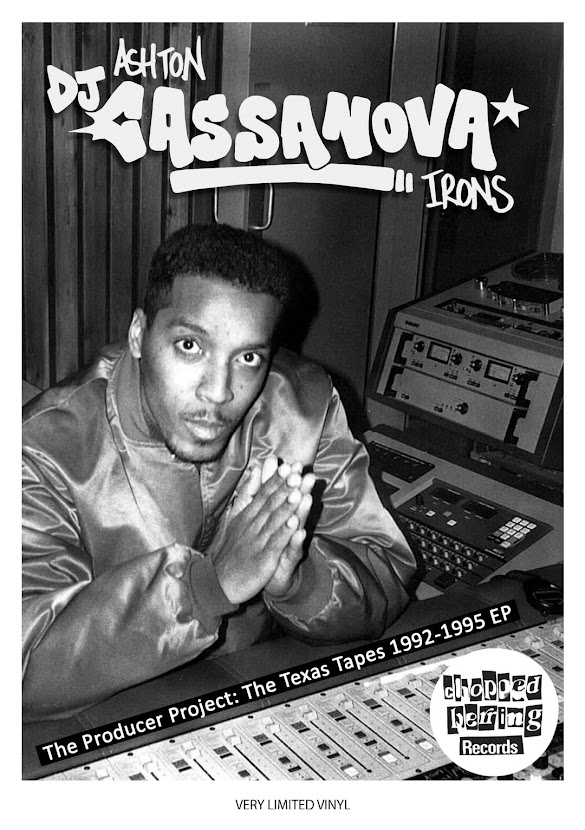 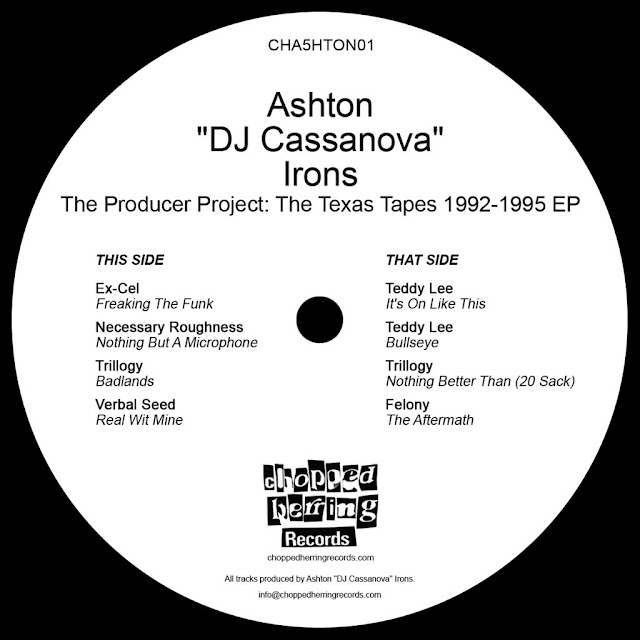 EP - 2021 - Chopped Herring Records
"Dope 8-track 100% unreleased and unleaked material from the early to mid 90’s outta Texas, produced by Papa Chuk and Landlords of the Morgue producer Ashton “DJ Cassanova” Irons. You will know Teddy Lee from the group Project Crew but the rest are pretty obscure acts that passed through Ashton’s studio in the early to mid 90’s to record their demos. Check out the flava!!" - courtesy of Chopped Herring Records