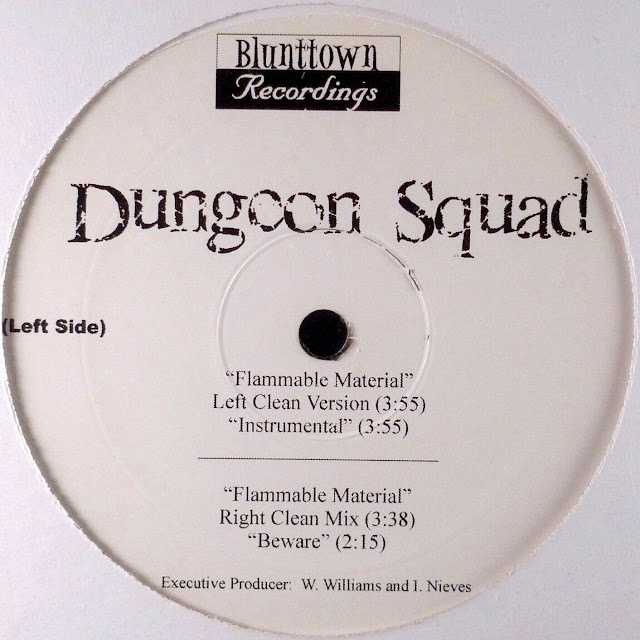 In 1998, this 12" was released by Dungeon Squad, a group consisting of Too Fly Eli, O-Bee, Tha God Rakeem, D-Love & Seviin. 2 Joints produced by Seviin are available on this wax, the first one is entitled "Flammable Material" available in its Left Clean, Instrumental and Right Clean Mix versions and the second one entitled "Beware". It came out on Blunttown Recordings, an indie record label owned and managed by O-Bee, Too Fly Eli and Blocko. 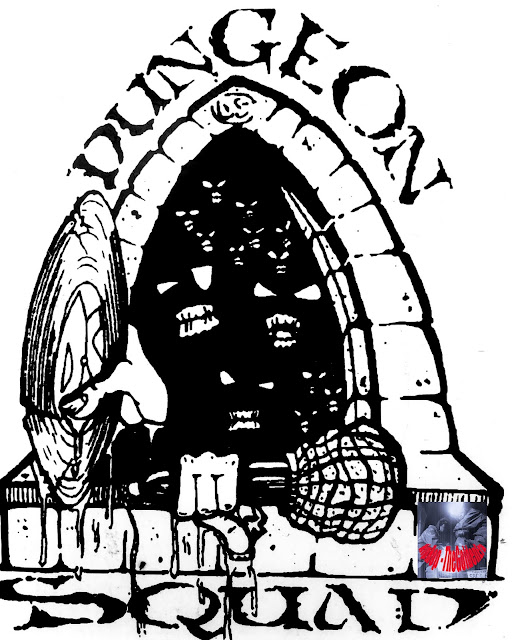 O-Bee : "The members of Dungeon Squad were Myself Original O-Bee and Too Fly Eli from Strong Island, NY... Tha God Rakeem from the Bronx, D-Love from Queens... and Seviin from Oakland.

Eli is my physical brotha... We met Rakeem and D in Tampa, Florida and we met Sev when we moved to Cali through Shock G (of Digital Underground) RIP... He kinda put us together.

When Shock G would do shows w/o the whole team, he would get me and D-Love to assist him when Humpty Dance dropped... we were Digital Underground dancers a couple of times.

We met Shock G in Tampa, Fl in the late 80's through a cat named Kenny K who ran an undaground radio show on 88.5 in Tampa. We were called PBC back then... Posse Beyond Control." 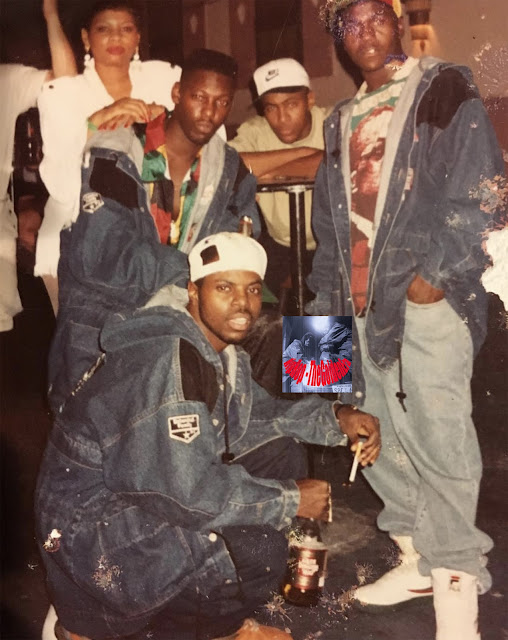 PBC - Photo courtesy of O-Bee
For your info, Posse Beyond Control a.k.a Puffin Blunts Constantly a.k.a Pure Black Control a.k.a Positive Black Composers released a single "Crazy Whack Funky" in 1991 and a self-titled album "Positive Black Composers" in 1992, both dropped on the LA-based label Evejim Records. A copy of the 12" is still really easy to catch online but the album became very hard to find. 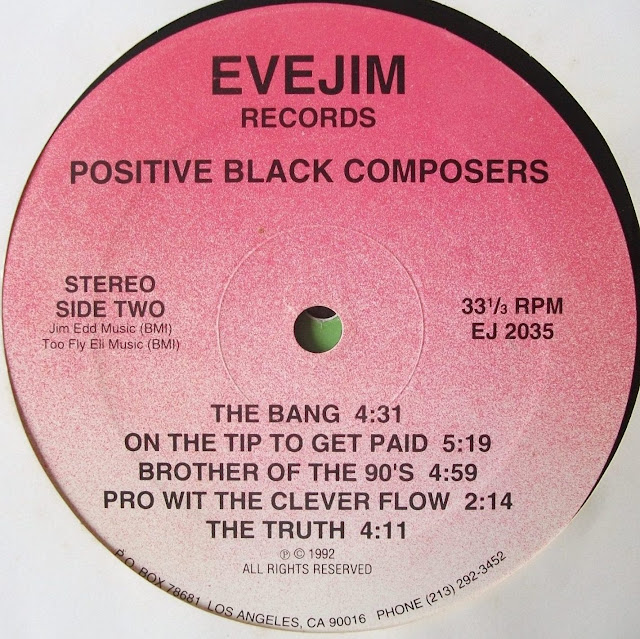 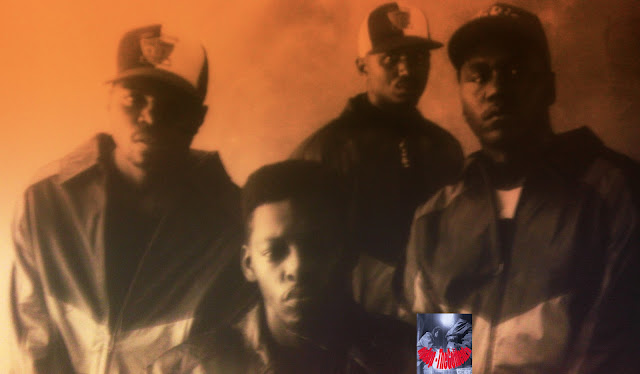 O-Bee : "We changed up in '91, '92 and became Dungeon Squad... because we relocated to LA and got a deal with Hollywood Basic... PBC had already been in Gang life for a minute...We wanted no affiliation with that movement. While working on the album of course money became an issue. We were open to tha independent route but just didn’t have the revenue to put it out properly. It's still stashed away while dudes started getting into other things... but maybe I’ll release it one day on the right platform, I still have all the masters locked away !"

There is a hope to see all this Dungeon Squad's unreleased material coming out one day, fingers crossed ! Mad Props to O-Bee, thanks for your time. Big Thanks to Alex Degardin for the PBC snippets.