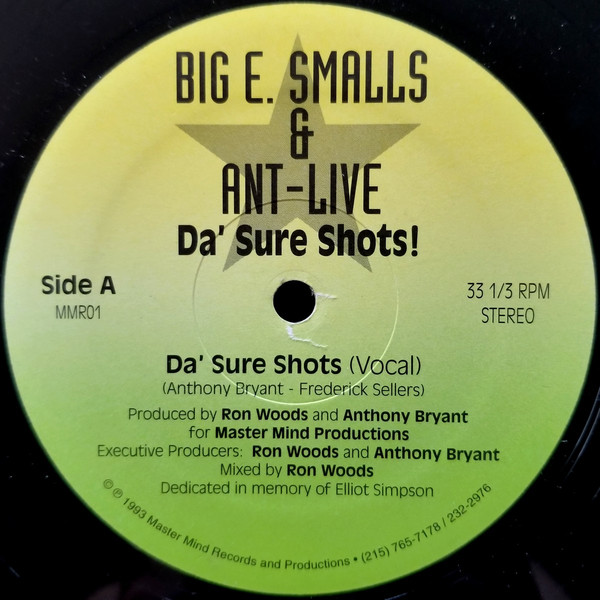 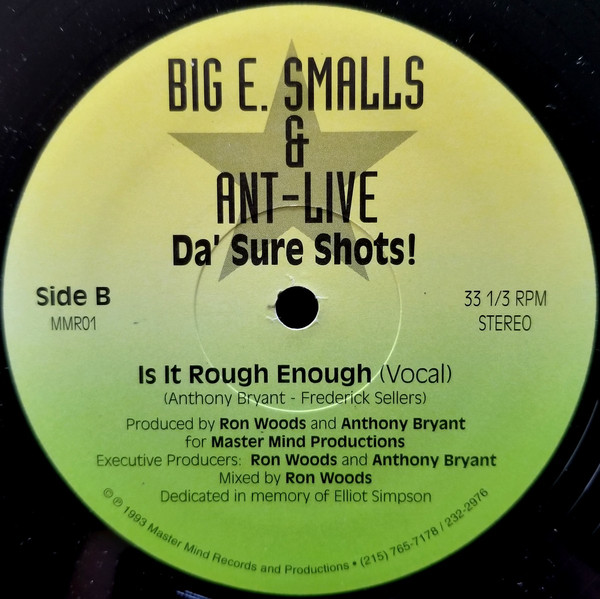 12" - 1993 - Master Mind Records and Productions
When this 12" was dropped in 1993, Big E. Smalls & Ant-Live were respectively 18 and 20 years old (Not to be confused with Ant-Live from New York, who was Eric B's brother... RIP). The third member of the group was Don, 22, their DJ. Don and Ant-Live grew up together in North Philadelphia at 17th and Jefferson streets and started out together. Big E. Smalls, another solo MC met at school, teamed up with Ant-Live after that. 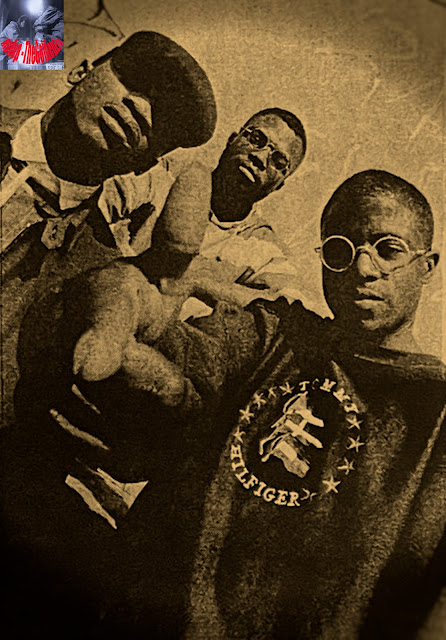 In a Philadelphia Tribune article from May 7, 1993 written by Monica McCollum, the group members described themselves as "Hardcore and Real" and said that "they were the sure shots of rap". Ant-Live said "We are on the positive level but we are real. We don't cuss.We don't try to be something that we're not. It's about being real, and putting philly on the map, we represent our city." 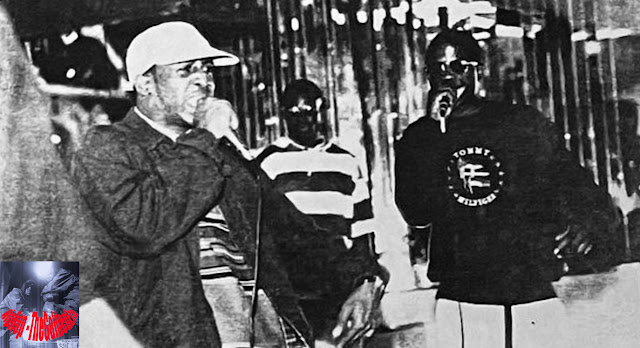 2 tracks are pressed on this wax : "Da' Sure Shots!" on the A-side which is the lead single, and "Is It Rough Enough" on the B-side which is considered as "a party-oriented sound" by Big E. Smalls. Both tracks are produced by Ant-Live (Anthony Bryant) and Ron Woods who was an engineer at Third Story Studio.
It seems that "Da' Sure Shots!" got some airplay on several radio stations at the time, like Q102 (WIOQ), Power 99 (WUSL) and WKDU's Hip-Hop Sunday program (Drexel University's student radio station)... In 1993, Big E. Smalls and Ant-Live were also in negotiations with CEB and Rags To Riches Records for the release of an album which was in the works, but it has never seen the light of day unfortunately. At least we know that a couple of unreleased joints exist somewhere.