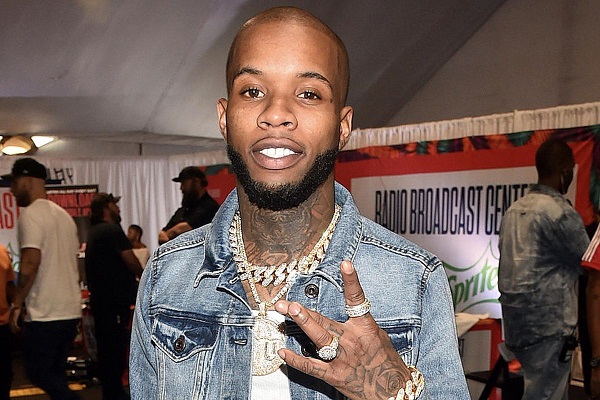 The last few weeks and months have seen the rise of yet another concept related to blockchain and cryptocurrencies – NFTs, or non-fungible tokens. Put simply, these tokens work as proof of ownership for various things, from virtual collectibles in video games, to actual pieces of art, to songs and videos. Non-fungible means that every token is unique and cannot be interchanged with another, which is not the case for fiat money – a $20 note has the same value as four $5 notes, but every NFT is unique. Some content pieces have already been sold for extremely high valuations through NFTs, and many artists are turning to them to provide a direct source of income as well as to stay connected with their most loyal fans. NFTs use blockchain to work, and so again we can see the influence of the cryptosystem beginning to work on our everyday lives. Thus, it should come as no surprise that yet another musician, in this case Tory Lanez, is going to put music and other content out via NFTs in the near future.

The Canadian musician has partnered with the blockchain company Bondly.Finance to do so, where he has released three songs as distinct NFTs. This was done as a precursor to his album, Playboy, launching later in the month. Lanez said that this album is the biggest of his career, so he wanted to make sure that his release strategy was correct and got him the most eyeballs. The NFT would give 450 fans the chance to get three tracks from the album before anybody else, while also giving them the opportunity to meet Lanez virtually. Two of the three songs are from Playboy, while the third is from his upcoming 1980s-themed album. This partnership with Bondly.Finance is expected to continue in the future as well, with further exclusive track releases, as well as unreleased music being put out through NFTs.

This is yet another exciting development in the continued growth of the crypto industry, where NFTs are helping blockchain technology become mainstream. We have already seen how this has had an impact in other sectors on a global level, most notably in the online gambling sector. Various online casino operators, especially in countries like Canada which have been very encouraging towards crypto and blockchain, have been using these innovations in their games. For example, players using a Canadian online Bitcoin casino will be able to place bets through cryptocurrencies, while the games themselves will be supported on blockchain networks, making them quicker, more reliable and safer to play. These games have been received extremely favourably by gambling fans, and are a great example of how crypto and blockchain can be used online to improve customer experiences.

The use of NFTs is another step in this direction, and there are a number of other artists taking advantage of this as well. The use of NFTs could be extremely helpful for smaller, independent musicians and artists, as they would allow them to earn revenue directly through the sale of each token, which would bring them more money than streaming services do at present. It is of course beneficial for bigger artists as well, but the use of NFTs, as well as the wider use of blockchain in the content creation space, to prevent piracy and allow fans to directly contribute to the artists they prefer, could be a gamechanger for the way the music industry, in particular, operates. NFTs have various other applications, most obviously in video games where they are being used as proof of ownership of in-game collectibles and upgrades, and there are many other areas where they can be used as well, so we can expect to see them being mentioned frequently in the months and years to come.