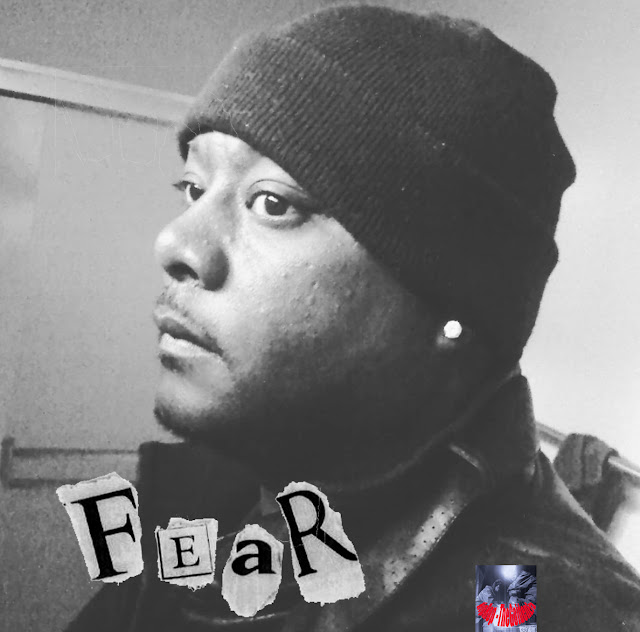 Let's talk about that demo tape recorded by the MC named FEAR in 1994. No info about him available online unfortunately after all these years and that's a shame because his three demos were really dope at that time and deserve some more shine. 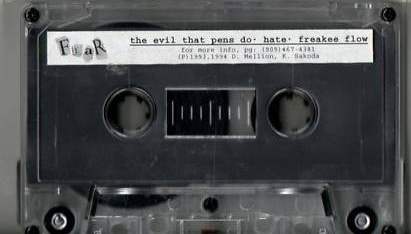 After a short interview I did with Fear recently, I'm glad to give you some info about this MC... Big surprise first, even if his demos sound like some East Coast material, Fear was a West Coast emcee from Los Angeles,Ca.

Fear : " Fear is short for Fearless a name I got from being unafraid to do anything on a dare when I was a kid. I grew up in Los Angeles, Ca. From 6 to 12 years old I lived in Birmingham, Alabama and before that I was born in San Diego, Ca. The tracks sound like east coast hip-hop because thats all I grew up listening to when I was younger. I loved east coast hip-hop, that was my main influence...Krs One, Nas, Big Daddy Kane, Kool G Rap and Lord Finesse... I fall into hip-hop when I first heard Rappers Delight. I memorized it and was rapping ever since then, writing raps for my brother and friends so we could battle other little kids...lol.. "

All the tracks of the demo tape "The Evil That Pens Do", "Hate" and "Freakee Flow" were produced by Kevin Sakoda a.k.a K-Von a.k.a DJ Kev.

Fear : "K-Von was a college DJ in Claremont, Ca. He hosted The Downlow Radio Show on KSPC, 88.7FM at Pomona College. He lived in NYC for a while. He helped me with my demo and helped me to get a lot of opportunities. I first met him at the station, he invited me to come on air and rhyme and we hit it off from there ! "

Fear : "After that I had a few options but nothing panned out, I signed with a few indies and did an album but it wasn't pushed. My album was called "The Moment You Fear". I was in the Unsigned Hype section of the Source magazine (July 2005). I still record now with a group called the Punishers and Con-Verse Allstars." 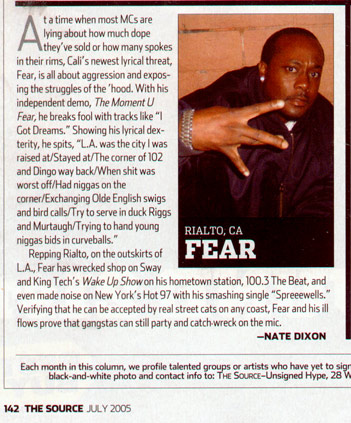 Mad Props to FEAR, thanks for your time fam.