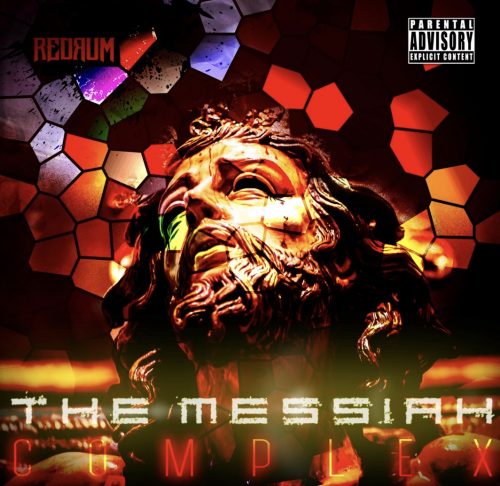 Redrum is a duo from Orlando, Florida consisting of consisting of emcees Red Eye & Racks. Admittedly, they came onto my radar just 6 months ago off the strength of their debut album The Lucifer Effect & I was pretty impressed with how well the 2 emcees complimented each other along with the grimy production. However, it has seems like they’re not slowing down anytime soon & dropped their sophomore album onto our heads.

As much as I love the dusty instrumental on “Da Intro”, they’re just beating a dead horse lyrically by going at “mumble rappers”. The next song “Hunger” has a more gospel-inspired sound as the duo come through with some of their most passionate performances ever whereas “God’s Watching” goes into boom bap territory to talk about their marvelousness. “Raze da Banner” to me reads off a exuberant dedication to the hustlers & scammers  before incorporating a late 90s-RZA inspired beat to talk about being America’s nightmare on “Chosen4war”.

The organ loop throughout “6 Feet Under” is perfect given the murderous lyricism, but then “Rum n Coke” is an excellent homage to the iconic Outlawz joint “Hail Mary”. I also love the choir vocals on the battle rap-themed “Gladiator Sport” & even the guitar presented throughout the money hungry “Can’t Refuse”.

The perfectly titled “Grime Rate” is easily the darkest on the entire album on all fronts while the penultimate track “Sinners” is a piano ballad about how something must’ve got into the duo mentally. And what better way to end things off than the heinous “Mark of da Beast”?

If you liked The Lucifer Effect, then you’re probably gonna like The Messiah Complex a lot more because I certainly think Red Eye & Racks outdid themselves on here. Redrum’s lyricism has only gotten better since last Black Friday & the instrumental choices are more rugged.