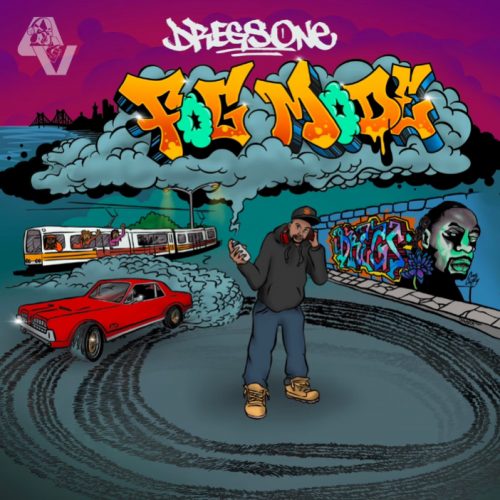 San Francisco underdog Dregs One returns with a new solo album for 2021 titled “Fog Mode“, available now on all streaming outlets.  Inspired to pick up the mic again after stepping back to focus on school, “Fog Mode” sees Dregs One detailing a vision of pre-gentrified San Francisco for the new decade. Funk synths and thumping bass provide a vivid backdrop, courtesy of upcoming producer Adeyemi. Interludes produced by Baghead, another newcomer, tie the tracks together by speaking on SF history. Throughout the album, Dregs reflects on his community while looking back on the hard work he’s put in to get his story heard.