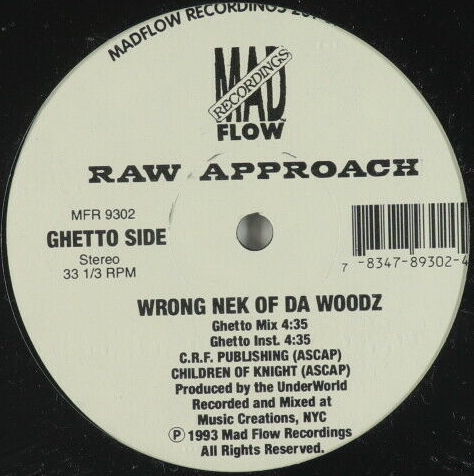 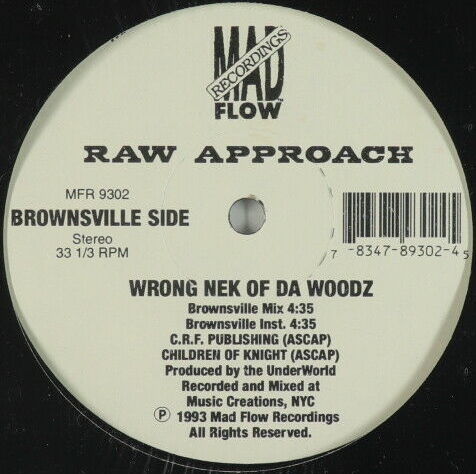 12" - 1993 - Mad Flow Recordings
The Rap trio from Brooklyn called Raw Approach dropped this debut 12" single in 1993 on Mad Flow Recordings. The only track of the wax "Wrong Nek Of Da Woodz" is pressed in its Ghetto Mix and Ghetto instrumental versions on the A-Side (Ghetto side) and in its Brownsville Mix and Brownsville Instrumental versions on the B-side (Brownsville side), everything produced by DJ Rich Kenny & Homdat Singh from the Bronx who were also known under the name of The UnderWorld. 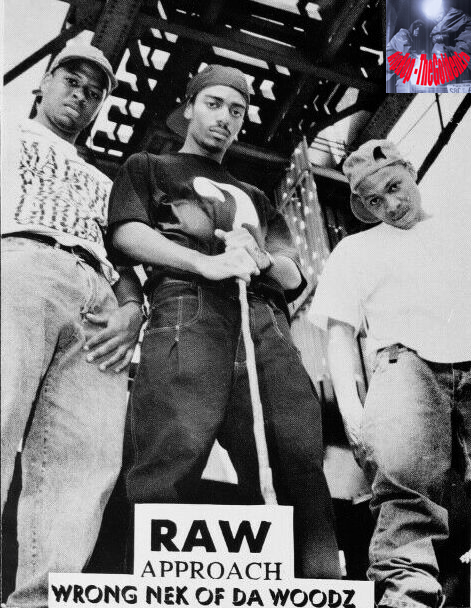 2 weeks ago, Billy Jam uploaded on his youtube channel "HipHopSlam" the original video released in 1993.... cool ... I had never seen this video before ! Big Thanks.