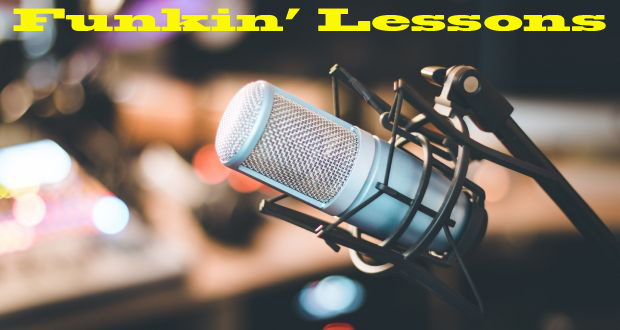 Funkin' Lessons was a hip-hop Radio Show hosted by DJ Blaze and Dr. Phibes, aired on 2MBS (102.5 FM) from 1993 to 1996 and based in Sydney, Australia. Here is the Show #33 from October 12, 1994.
Mysterious Ways (J.D.'s Hip Hop Jazz Remix) by Visionistics
The Ill-River Expedition by Justice System
Nerd by Groove Collective
Spins by Groove Shop
Mad Props by Da Youngsta's
I Gotcha' Back by Genius
Shorties Kaught In The System by Lord Finesse
Fake Homeyz by PMD
Land Down Under by Caligula
It's Real by Mic Geronimo
I'm Kurious (Remix) by Kurious
3 Forties And A Bottle Of Moet by Big Daddy Kane
Everybody by Ghetto Concept
Cross The Border by Bustin' Melonz
Got Ya Heads Boppin' by Scotty D
Just Rhymin' by MC EZ & Troup
Get Down by Craig Mack
Boom Data by Tongues In Da Attic
We Witt It by The Treacherous 3 Featuring Big Daddy Kane, Chuck D, Grandmaster Caz, Heavy D, Melle Mel & Tito
It's Like That Y'all by Cold Crush Brothers
Do You Wanna Hear It? (Minute To Mix No Time To Sleep) by Nubian Crackers Featuring Fragga Ranks
Therapy by Bored Stiff
Pure by The Troubleneck Brothers
Rock The Bells by L.L. Cool J
Duck Down (Video Version) by Boogie Down Productions
It'z Lik Dat (Remix) by Das EFX
Hold Ya Head (Edit) by Showbiz & A.G.
I Went For Mine by Diamond And The Psychotic Neurotics
Straighten It Out (Vocal Remix) by Pete Rock & C.L. Smooth
Back In The Day by Young MC
King In A Cell by MF911
Blowin' Smoke by Prime Minister Pete Nice & Daddy Rich
Vibes And Stuff by A Tribe Called Quest
Player's Ball by OutKast
Live Off The Top by Craig GTee