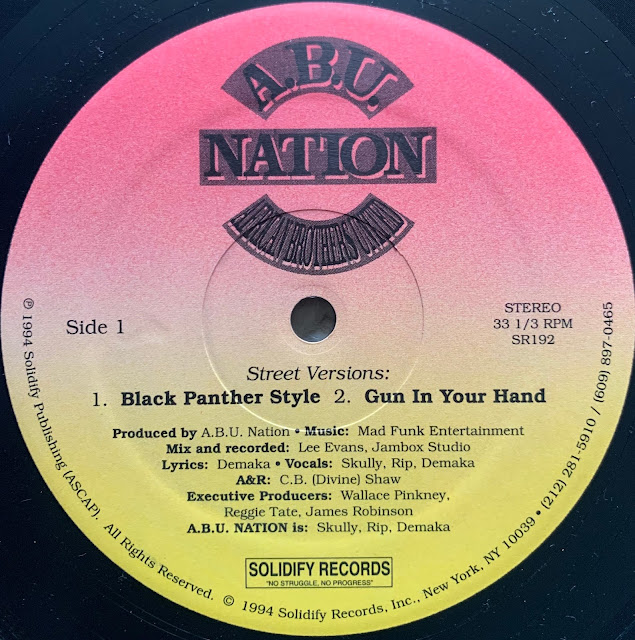 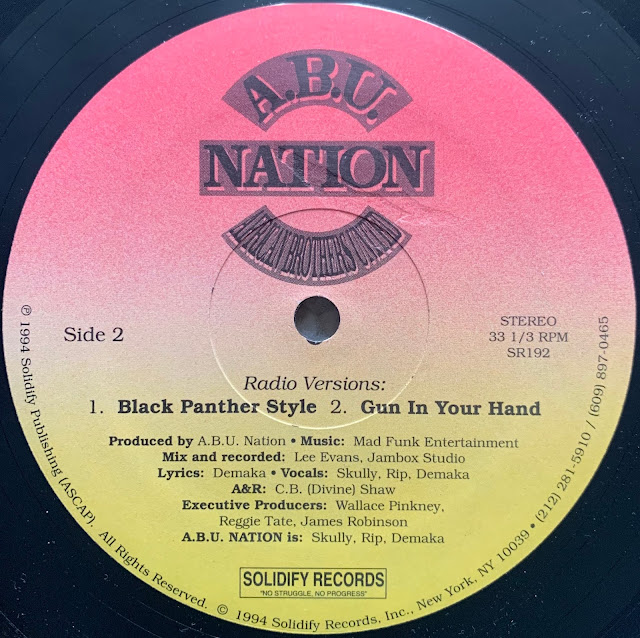 12" - 1994 - Solidify Records
Here is the very hard to find debut 12" released by the group A.B.U Nation in 1994 on Solidify Records. A.B.U Nation which stands for African Brothers United Nation was a NYC group consisted of Skully, Rip a.k.a E-Rip and Demaka who was the core member of the group. The two singles pressed on this wax are "Black Panther Style" and "Gun In Your Hand", Street versions on the A-side and Radio versions on the B-side.