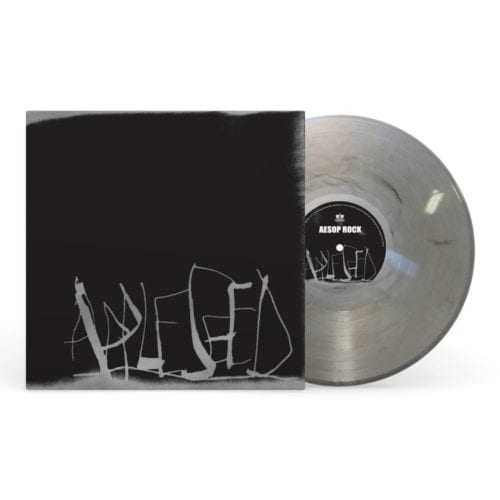 Underground hip hop polymath Aesop Rock has announced an official reissue of his highly sought after and long out-of-print 1999 EP Appleseed, available now on all digital platforms as well as on vinyl for the first time ever via Rhymesayers Entertainment. Appleseed was a staggering introduction to Aesop’s singular talent for dense and cerebral wordplay, rendering an indelible influence on the next wave of underground rap as word of its brilliance travelled quickly through that scene. As influential as the layered lyricism was the album’s melodic and melancholic production, with six out of the eight songs produced by Aesop himself, Omega One helming “Sick Friend,” and Blockhead showing up for “1000 Deaths,” which worked out to be just the first in a long line of fruitful collaborations between the two.

The story of Appleseed is also the story of a burgeoning independent hip hop scene that began to flourish in the wake of technological innovations of the era, including quality affordable home recording equipment and the rising availability of CD-R drives, which gave artists the freedom to write, record, and manufacture albums outside of the constraints of a label system. “The first Appleseed CD’s were CD-R’s I duped at home and sold from my backpack at an MF DOOM show at Brownies, which was right below my apartment at the time,” recalls Aesop. “I continued to sell hand-to-hand in NY, while Blockhead started fielding some mail orders from a young internet. People would send us cash or a check, and he’d cut the covers out and mail them off.“

The two of them were able to move a couple thousand CDs before turning their attention to newer projects. Appleseed went out of print for many years, with the exception of occasional CD represses surfacing as a merch item on tour. Rhymesayers are excited to introduce the album to a new generation of listeners, finally on streaming and vinyl for the first time ever. Pre-order vinyl and exclusive merch on AesopRock.com.