Surviving In The Sky: G4 Jag 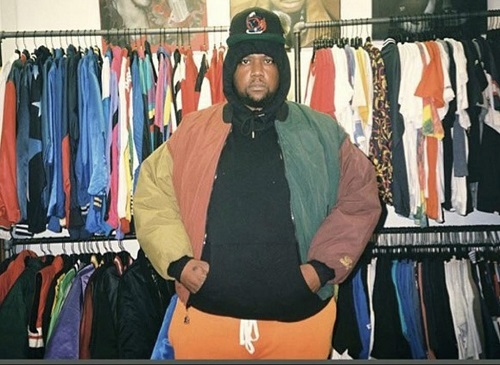 Born and raised in Harlem, G4 Jag has become a force to be reckoned with in Hip Hop’s current underground renaissance. “I was the trashest in the group,” recollects Jag when asked about his early days rapping with friends in High School back in 2000. After performing in a talent show, and sharpening his sword, he began to hone his ability as a MC. One reoccurring theme in Jag’s music is survival. As a 9/11 survivor, he naturally incorporates a message of hope all while spilling his own pain on records. “In my hood everybody has a different story, I’ve survived a lot of things, systematic racism, just being a black man in America. So surviving an attack, surviving 9/11 showed me that I can make it through anything.”

After releasing projects reflective of his experience on that day, Jag’s career took a sort-of rebirth after coming across Flee Lord at MadBull studios in New York City. “We used to see each other as we would cross paths at the studio. I saw that Flee was more established and I didn’t really have a direction as an artist at the time. So I decided to approach him for some advice, and I don’t know if it was God or whatever, but he actually came to me offering to listen to some of my music and of help me out. He asked to listen to some of my songs and choose ones that he liked. I had a lot of music and Flee listened to maybe 20 songs, we ended up picking certain songs for a project that would become ‘The Survivors‘ and Flee executive produced it.”

“A lot of people treated it [“The Survivors“] as my first project, so I kind of got to reset,” says Jag. Still working full-time and being a family man, Jag would go on to release multiple projects building off of the success of “The Survivors.” Possessing a God-given ability to convey emotion through his baritone voice, combined with heartfelt lyricism, Jag was able to generate momentum within Hip Hop’s blossoming underground scene.

After releasing multiple solo-albums, Jag released “Scriptures in the Sky,“a collaborative project with The Musalini. This further embedded Jag into New York’s underground rap scene, binding him with 38 Spesh‘s TRUST collective, as she showcased his bar-work alongside features from legends such as Planet Asia.

“‘Scriptures in the Sky‘ was sort of a rebirth for me. That got me linked with Spesh, and I had gotten up with Mephux, who had discovered me through Flee. We reached out to do a record, which I believe was ‘Progression.’ That ended up becoming a whole album. We were just like, ‘Progression‘ was so crazy, let’s do a whole project.”

This leads us to Jag’s latest project “Regressions.” Which is a crisp, thoroughly honest project entirely produced by Mephux. After being signed to Lord Mobb, Jag could focus entirely on his craft as a MC for the first time being able to escape to Cape Cod to record exclusively with Mephux at his crib. “Mephux’ production is cinematic. When it comes to painting that picture, Mephux has that ability. This was my first time being able to fully trust a producer and be myself. This doesn’t feel like an ‘underground’ Hip Hop record, it feels like a Hip Hop record, you feel me?”

Not only is a collab album with the legendary Buckshot in the works, but Jag also has 12 projects tucked to be released over the span of this year into the next and beyond. “The shit that I write, I just try to tell my story. As a creator, my creative drive doesn’t come from money or to be the top rapper. My creative drive comes from wanting to share my story for people to hear just in case I’m not here to tell it. I compete with myself. I’m trying to leave art that will outlive my life. I’m giving my fan base all of me every fucking cadence, every bar. I’m trying to leave you a piece of me and my goal is to give you something to remember me by.”

The post Surviving In The Sky: G4 Jag first appeared on UndergroundHipHopBlog.