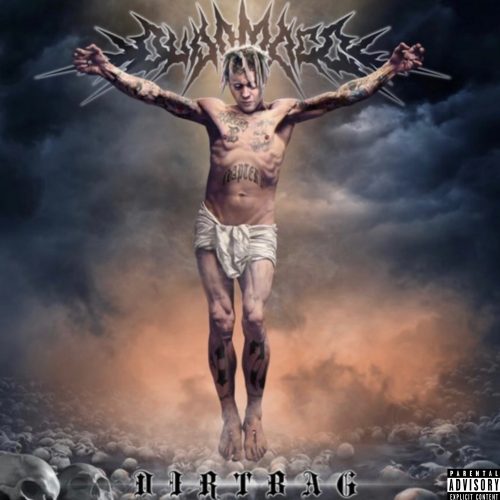 This is the 5th mixtape from Las Vegas rapper Ouija Macc. Originally breaking out in 2017 off the strength of his debut EP Trashfire, this resulted in the Insane Clown Posse making him the final act to ever sign with Psychopathic Records later that year. Ouija has since been holding it down for the hatchet by dropping 2 full-length albums, 3 EPs, 4 tape, a greatest hits compilation & a collab EP with Starfoxlaflare. But after forming his own label Chapter 17 Records & dropping a collaborative mixtape with Young Money Entertainment signee Baby E a couple months ago, Ouija is enlisting the Floridian production duo Mythic Mindz for Dirtbag.

“Ain’t No Savior” kicks the door down by encouraging the listener to crank the volume up super high over a sitar-laced trap beat from Devereaux whereas the next song “Demon Seed” is a cacophonous depiction of a ritual. Ouija goes on to do a good job at melodically opening up about depression on the grungy “Route 17” & then “Killing Spree” brings in a chiming instrumental as the lyrics take a turn into horrorcore turf.

The track “Domino” brings in a bit of a country twang in the production to talk how this is the way it has to be while we get a bass-heavy ode to the kinky motherfuckers out there on “Nympho”. For “Did It Myself”, we get a Bollywood-flavored anthem about his grind before the Shaggytheairhead provides a dinky beat for Ouija to acknowledge his weirdness on “Walking WTF”.

Meanwhile on “La Cienega”, we get a quirky instrumental & Ouija bringing his speediest flows imaginable without making it sound cliche whereas “Thuggalo Slide” is a bassy anthem for the thuggalos to ride to. The song “Monster vs. Man” continues to bring in guitars as the lyrics tackle inner turmoil while “Not Enough” is Ouija talking about wanting more sex & drugs on top of a wailing trap beat.

The adrenaline-inducing “Die Like This” takes aim at his detractors whereas the electronic-influenced “Understand Us” is about how misunderstood juggalos are in the hip hop world. “I Don’t Know” doesn’t sound too bad for a cloudy love song while the penultimate track is a trap/rock fusion about burning it all down. As for the closer, “I’m Nowhere” talks about being a ghost over a sludgy instrumental.

This dude is just reaffirming his status as one of the most consistent artists in the underground today. He makes a great return to his normal style after the more commercial We Never Forgot & it’s cool to hear Mythic Mindz helping him out dabbling into new sounds.